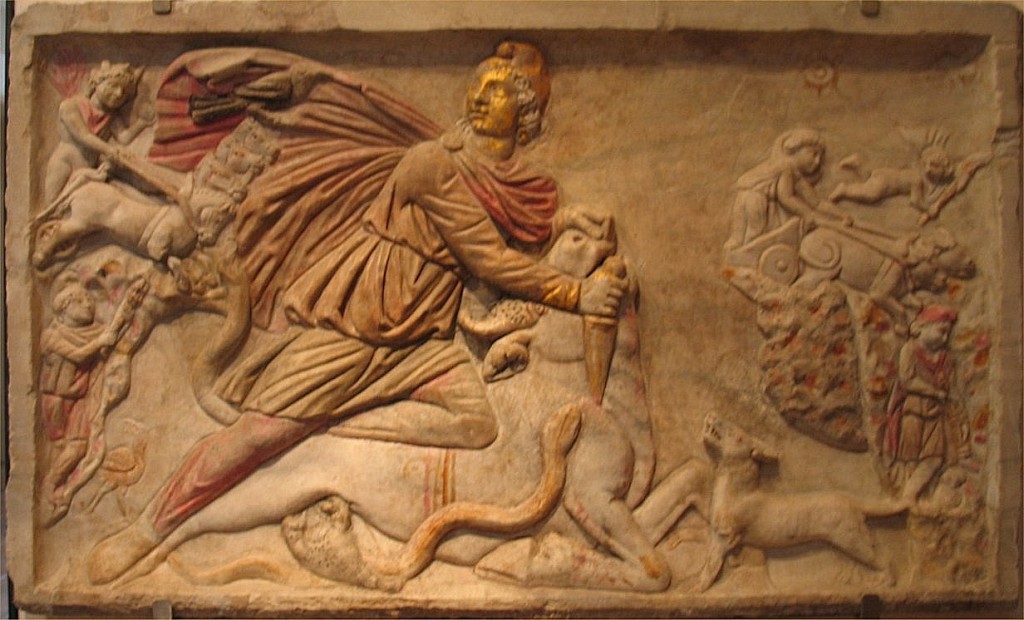 You may have seen some pretty sensational claims on the internet regarding Christianity apparently stealing from Mithraism.

Such claims and videos on YouTube would be enough to shake a young Christian’s faith a little and perhaps even allow satan (or stan as I like to call him), the opportunity to pounce on these doubts.

But these claims are all based on heavily biased and quite frankly, disingenuous motives.

So here is why, Mithraism cannot be used as an objection to Christianity.

Mithraism developed in Persia approximately 500BC and then further evolved within Zoroaster’s movement around 200BC. Mithraism was at its height around 300AD which coincided with Christianity’s massive growth.

Many people think Christianity shares common features with Mithraism that were simply plagiarised by the church. If these features were indeed almost identical with Christianity then one could claim that Christianity was not as unique as its followers believe.

But there is a problem with the sensational claims that Mithraism’s beliefs came before Christianity.

Early references to Mithra come from ancient Hindu writings. However, the origin of the cult and its belief system that maintained strict secrecy about its teaching and practices which were only revealed to followers. In reality, the ancient form of Mithraism, looked nothing like Christianity, and the very little that is known about it make no mention of the later 2nd century additions. Hence, constructing the belief system and teachings is difficult because there is no early literary evidence about the beliefs of Mithraism. The small body of references that do refer to the cult come from the Church Fathers.

A Mithraism website stated the following, “It is not possible for the ancient Mithraic Mysteries to live again in their exact ancient form. Too much  information has been lost. Even if it were possible that somewhere, somehow, Mithraism had survived as an “underground” secret brotherhood, after so many centuries it would be vastly different from Mithraism as known by the Roman Empire from the 1st to 4th Centuries CE. ”

Mithraism, didn’t start to expand and evolve greatly until after Christianity and the Christian tenets were wildly circulated. Mithraism changed drastically from its Persian roots and became a Roman cult and in so doing, added similar features, indeed, plagiarising from Christianity. Mithraism’s teaching evolved and actually added a Christian familiarity to it in the 2nd century AD.

In the ‘Religions of Rome Volume I’. – Cambridge university Press. New York NY. 1998 p.279, Beard, North and Price state, “The form of the cult most familiar to us, the initiatory cult, does not seem to derive from Persia at all. It is found first in the west, has no significant resemblance to its supposed Persian ‘origins’, and seems largely to be a western construct.”

Because there is no evidence for the so called plagiarism, the claims of those who want to use this to attack the foundations of Christianity is ‘wishful thinking’ for the sincere and downright falsehood for the vindictive.

Ronald Nash believed that, “instead of Christianity borrowing form Mithraism, it was the other way around. Mithraism tried to make its pagan rituals look and feel more Christian.”

The clue to Mithraism is the pronunciation. Myth-raism.

Mithra was supposedly born when he emerged from a rock; he was carrying a knife and torch and wearing a phrygian cap. He battled first with the sun and then the primeval bull, which then became the ground of life for the human race.”

Mithraism was a cult developed from a myth that evolved over time and adopted into its system, the more popular Christian beliefs to give it appeal – to increase the ‘weekly offering’ – no doubt.

Next Event starting in: