Every story has a beginning. This is ours…

How it all began

THE BIRTH OF A CHURCH IN HORSELL

If you were to look at a map of Horsell from 1895, it would show that most of the area was open fields and nursery land. However by 1915 the nucleous of the village had been built and a building called the “Mission Hall” was established and marked by Manor Rd.

The origins of the “Mission Hall” can be traced to Miss Rebecca Watney. She was a member of the brewing family of that name and came to live at “The Pines”, Maybury Hill, Woking around 1893. Miss Watney had become a Christian and she wanted to use some of her wealth to help Christian causes. She had already helped to establish a Mission in Croydon and around 1895 she saw there was the need for a similar mission in Horsell.

She purchased a piece of land and services were held in a tent under the auspices of The Evangelization Society (TES), an interdenominational organisation. Miss Watney went on to have two cottages built, one for a caretaker and the other to be used as the first “Mission Hall” where at least by 1896 regular services were held. A corrugated steel building was erected and opened in January 1900. This “tin tabernacle” as it was sometimes affectionately called became known as the “Mission Hall” and it can be said that a “church” had been born.

Miss Watney and her friend Miss Smithson worshipped at Old Woking Church on a Sunday morning and after the service her coachman would drive them to Horsell. Both ladies sat in at the Sunday School, and afterwards took tea in the caretaker’s cottage with a Mrs Buckwell and her two daughters before the evening gospel service. Her interest was truly spiritual and no doubt she was as happy eating the caretaker’s sandwiches as her own food from silver plates.

Miss Watney and her friend Miss Smithson worshipped at Old Woking Church on a Sunday morning and after the service her coachman would drive them to Horsell.

Miss Watney financed the work until her death in 1923 when the trusteeship of the Mission was handed over to The Evangelization Society.

It was not until 1959 that the church moved towards autonomy by becoming responsible for its financial affairs. It became an independent church around 1965/66 affiliated to the Fellowship of Independent Evangelical Churches (FIEC) and the trusteeship was transferred to FIEC Ltd

Is it a building?

When people talk about a church they often mean the building so let’s take this common understanding and consider this particular building located just off Horsell High Street alongside Manor Rd (the original address was Manor Rd).

The corrugated sheet steel building had an expected life span of probably about 25 years. In fact it lasted over three times that long when it was finally demolished in 1983. 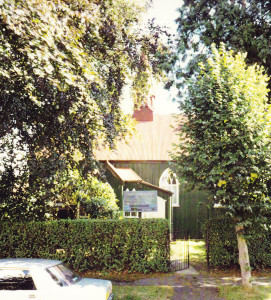 The plan to put up a new church building had been formed by 1966 but it was a long and tortuous journey before the first phase, a new church hall, was completed in 1982. 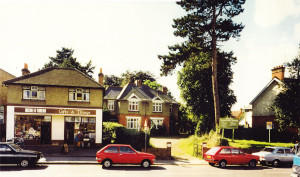 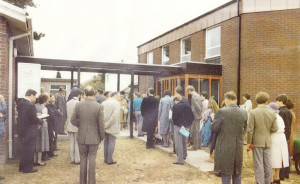 To bring things up to date, the church, in 1999, in reliance on God’s provision decided to go ahead to build the final phase comprised of a crèche room, a small inner hall and two classrooms; this was completed in 2001.

A church is not bricks and mortar

Even as the old corrugated steel building crashed to the ground there was a pointer to what a “church” really means. Imprinted on the steel was the maker’s name, a South Wales steel firm. A management accountant who worked in that same firm many years later before training at Bible College was to become the minister of Horsell Evangelical Church in 1982 – the Revd Ian Childs. It was as if God was saying, “Yes, I know the person who will be minister here when this building comes down.”  The story of Horsell Evangelical Church is bound up with the story of the people who have served and worshipped God there over the years – not only the ministers but also the members of the congregation. 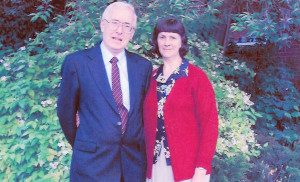 There is very little written record of the history of the church in the period to 1958 but a few details are known. The names of the ministers are known and these are listed in the chronology at the end of this booklet. Something of their time at Horsell is also known. For instance a letter from Mr Swallow on his retirement shows that over 50 attended the church in 1931. In the mid 1930s to the 1950s the numbers attending the church appear to have been small. Nevertheless, efforts were made to reach out to the village. In the 1930s when Mr Wheeler was the minister open air services were held on Horsell Birch. In the 1950s when Mr Plowman was minister the church participated in tent missions on Brewery Road. 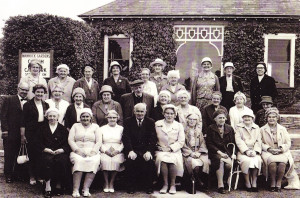 But perhaps the Stokes sisters, Dorothy and Hilda, whose lives almost spanned the 100 years of the church’s existence provided that link with the church’s early history. Their memories of the early Sunday School have been taken down such as the annual Sunday School outing in carts drawn by horses to a field off Heathside Road or the Magic Lantern shows in Winter. They both had an interest in children and young people and missionary work to the end of their lives. Dorothy died in 1990 and Hilda in 1998.

The life of the church comes into clearer focus when Mr Ball became the minister in 1957.  Young couples committed themselves to the church at this time and this provided the stability and potential the church needed to develop. 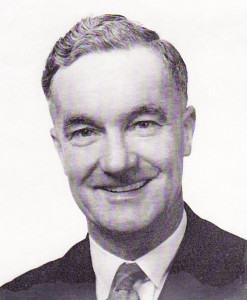 Mr Ball’s ministry was then followed by a young Rev Ray Murden who led the church into the 70s. 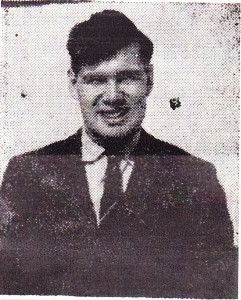 People in the church experience occasions of difficulty, sickness, sadness, happiness and sometimes tragedy. On a least three occasions young men have lost their lives from within the church. The Revd Wright-Hay’s 16-year-old son was killed cycling home from Guildford Grammar School during the time of the 1914–18 War. In August 1973, Peter John Connolly, at the age of 17, died suddenly, and on 31 July 1992, John Steele lost his life in a plane crash while on a business trip to Nepal. We will probably never know the answer to the question “Why?” such things happen but we cast our anchor in the goodness and wisdom of God. One thing we know, however, is that each of these young men had become Christians and had gone to be “with Christ”.

Happier occasions are marriages. The first recorded marriage in the church was on 18 September 1943 between Arthur Chapman and Dora Ellsey. 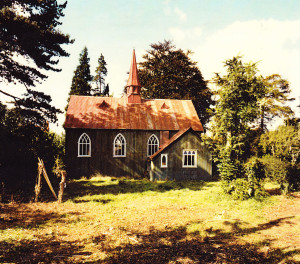 Founded in the year